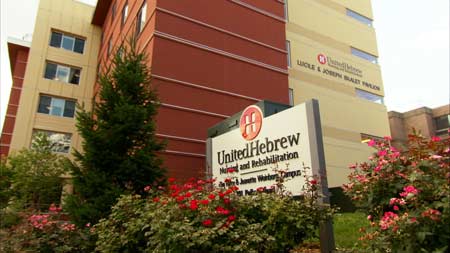 United Hebrew Geriatric Center (UHGC) owns and operates two skilled nursing facilities on a campus in New Rochelle, New York.  The campus also includes a 126 bed assisted living facility and a 135 unit apartment building for seniors, both financed through HUD.  The two nursing facilities were aged: one was constructed in the 1950s and the other in the 1970s.  UHGC needed to renovate one facility, replace the other, and find a suitable re-use for the abandoned 1950s structure.

The project received Certificate of Need approval from the State of New York’s Department of Health (DOH).  At the time of approval, however, the “caps”, or the per-bed construction price a nursing home could not exceed, were very low but were expected to increase.  The condition of the existing facilities prohibited UHGC from waiting for that increase to come through and they undertook a project to replace 150 beds from the 1950s facility in a new, all-private room, all-private bath facility, and renovate the connected 1970s facility.  We worked with the DOH to grant two cost increases to the Certificate of Need, so that the facility (the only all-private facility in Westchester County) could have cost-saving features like resident lifts and could add back some of the amenities that were engineered out prior to the cap increase.

HUD quickly approved the mortgage and a subsequent mortgage increase which covered the cost of the additional amenities.  That project was completed on-time, and UHGC has since worked with HUD to approve financing for the renovation of the 1950s building into a special needs assisted living residence.  One of the hallmarks of HUD financing is that there are no arbitrary borrowing limits.  HUD can finance this project and your next.