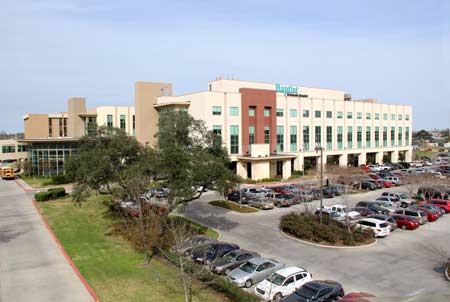 Baptist Hospitals of South East Texas (“BHSET”) has hospital facilities in Beaumont and Orange, Texas. It was originally sponsored and run by Memorial Hermann Health System (“MHHS”), a well-respected multi-hospital system in Houston. BHSET attempted to enter the tax-exempt bond market on their own credit in 2000, but due to weakness in their credit and adverse market conditions the bond issuance failed.

MHHS asked our firm to assist. We realized that part of the problem was that BHSET owed MHHS more than $23 million that was being carried as short-term debt. We subordinated nearly $13 million of that debt into Class B stock which could be repaid to MHHS if BHSET met certain financial benchmarks. We then obtained HUD insurance on their $100 million construction loan and successfully funded it with a new tax-exempt bond issue. MHHS was repaid $13 million at the loan closing and the Hospital received a 5.05% interest rate.

In 2005 the Hospital suffered extensive damage from Hurricane Rita. The hospital needed to repair the damage and enhance the Hospital buildings so that they would not be as impacted by future storms. The project had a variety of funding sources: hospital cash, hazard insurance proceeds, FEMA funding, a Community Development Block Grant (“CDBG”) and a $51 million loan insured by HUD. The project totaled nearly $70 million. Our firm coordinated the funding of the project from the four sources of funds so that the various requirements of all of the funding sources were satisfied.

In 2000, BHSET was too weak to enter the credit markets on its own and was even weaker after the devastation of Hurricane Rita. Both times, HUD saw a hospital that provided necessary services in an area that lacked adequate healthcare. HUD’s mortgage insurance allowed the Hospital to access capital when they needed it most.